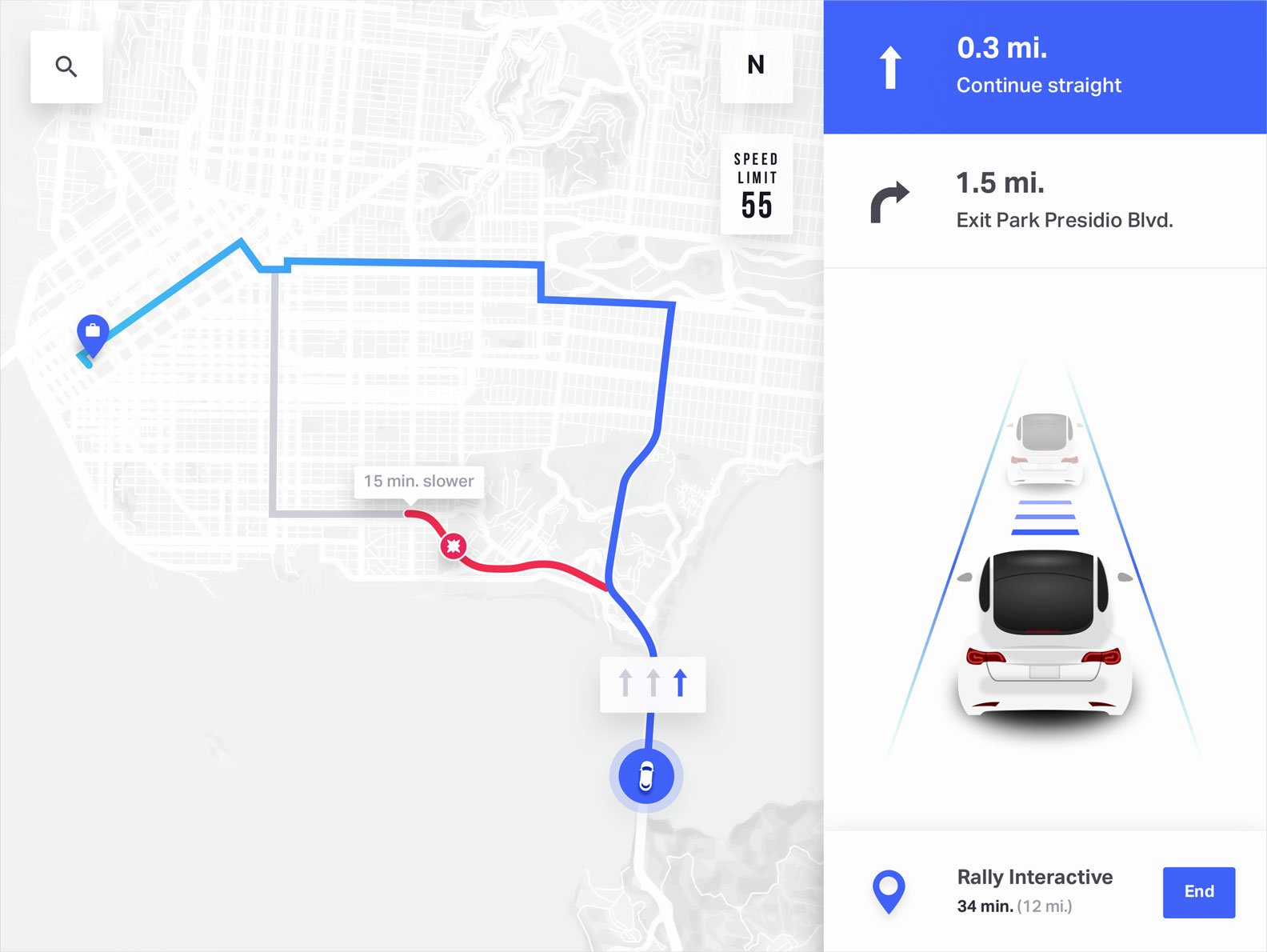 We started working with Alex Barth and his team in the Spring of 2018 to design and build an innovative in-car navigation demo as a sales tool for his team. This started as an iOS kiosk demo for trade shows and sales meetings and has evolved into an in-car navigation prototype that can be used for real turn-by-turn navigation with polished camera movements and an innovative UI that integrates with several APIs.

Driving is stressful enough, so when selecting a font for Mapbox we wanted something super legible that made navigation easier. After combing through a number of san-serif fonts we finally landed on Aktiv Grotesk for it’s legibility at small scale and rugged good looks at large.